This Boss Made Us Suffer . . For a Good Reason 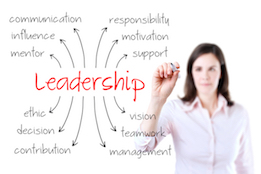 We were young Army captains stationed in California, and between 5:15 and 5:30 AM every morning, each of us had a painful knot in our stomach because “he” might show up. At exactly 5:30 AM everyday, we took our companies out for a 2 mile run. For all but one of us, the run represented momentary relief that we had made it another day without having to deal with “him.” But for that one captain that “he” did visit, the day would be completely ruined, right out of the gate.

“He” was our regimental commander, and each morning he would pick one of 20 company commanders to run with. At the end of the run, he would deliver the verbal equivalent of an MMA knock-out, scolding us for the most minute details. ALL of the men had not transitioned from walking in formation to running in formation, nor had they done the opposite at the end of the run. ALL of the men weren’t singing or chanting together during the run. And the most egregious offense was when, during cold weather that required everyone to wear extra gear, ALL of the men had not all taken their gloves off at the exact same time.

Like you, we all surmised him to be a lunatic with a bad case of OCDC; someone who took great joy in pointing out his favorite peccadillos (and subsequently, in our suffering of his harangues). We hated his visits with a passion for creating the “sick-to-my-stomach” association we made, with what could have been a relaxing workout. But that all changed one day.

The Army prides itself on “producing leaders,” and as part of that production process, the senior leaders frequently meet with the junior leaders to discuss principles of leading men into what can only be called, disastrous situations. So it was one day that the Colonel sat down with all of us to present his theory of management, and in the process explain the method behind his morning mayhem.

The Pyramid of Performance

He proceeded to draw a pyramid on the board and told a story about his father visiting him recently, and how his father had accompanied him on one of the morning runs. (The hosting captain was undoubtedly elated the regimental commander would be on his best behavior that day, and wouldn’t tear him apart after the run – but he was wrong.) His father asked his son afterwards why he was such a stickler for what he too thought was minutiae, and the Colonel proceeded to explain it to his dad through the pyramid.

He said that the performance the soldiers would have to provide in a state of war, required the most extreme levels of teamwork, camaraderie, and a “beyond orchestral” execution of plans. With the performance label at the top of the pyramid, sitting on top of the next block, teamwork, he went on to explain each level of the pyramid and how one supported the other. After drawing the pyramid out this way, he told us that he was able to determine with great accuracy, how well the company could meet the pinnacle of the pyramid, in the small amount of time afforded to him during his morning run with each hosting commander.

Since each block of the pyramid was built on another, the Colonel deduced that if the foundational blocks were not intact, each subsequent building block would be flawed. And since he didn’t have enough time to inspect each single block, he spent his limited time looking at the very bottom block, which you’ve probably guessed by now, was . . . discipline.

Every morning he went for a run with the company of his choice, looking for the signs of discipline displayed by the unit, manifested by how “in synch” they were in starting or stopping any single activity. So how they began running, wether they were all dressed the same, what they did and did not do during the run, and how they stopped running, were visual indicators of discipline to him. Never mind the daily pain he put us through.

While the Colonel was definitely overzealous in his love of discipline, his explanation made sense to all of us. And while discipline is not the main foundational block of the performance pyramid in a lean organization, it plays an important role. Part 2 of the Lean Pyramid of Performance will delve into what that foundational block is, and subsequent parts will explain each building block, and how they fit together so leaders can quickly drive the right principles into any organization, just by following a few simple (but sophisticated) steps.